John Lennon ‘Love Me Do’ Guitar Sells For $2.4M 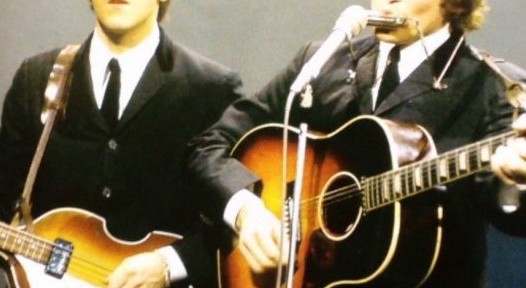 John Lennon‘s acoustic guitar from the early 60s has sold at auction for $2.4 million. Lennon used the Gibson J-160E to write and record “Love Me Do,” ”I Want to Hold Your Hand” and other classic Beatles‘ songs.

Julien’s Auctions said the Gibson was sold Saturday to an undisclosed buyer. The auction house said the guitar was one of only two of its type flown from America to England in 1962 for Lennon and George Harrison. Lennon used the guitar for about a year before swapping it with Harrison; it later went missing in 1963. h/t dailymail The iconic guitar went missing for over 50 years until a California man discovered it last year. An expert was able to conclusively match the instrument’s unique markings to that of the one Lennon owned.