Phil Robertson has spoken out about his homophobic comments for the first time since his GQ magazine interview went live saying: ‘I will not give or back off from my path.’ 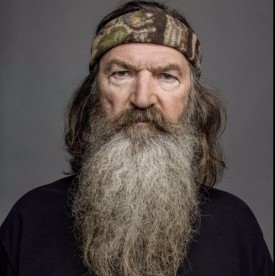 The Duck Dynasty patriarch led a small Bible study group in his hometown church in West Monroe, Louisiana on Sunday, in a British gossip mag exclusive.

During Sunday’s speech, he defended himself, saying he was simply quoting from the Bible and even went so far as to say Jesus could save gay people.

The 67-year-old has been slammed by gay rights groups after saying: ‘It seems like, to me, a vagina – as a man – would be more desirable than a man’s anus.