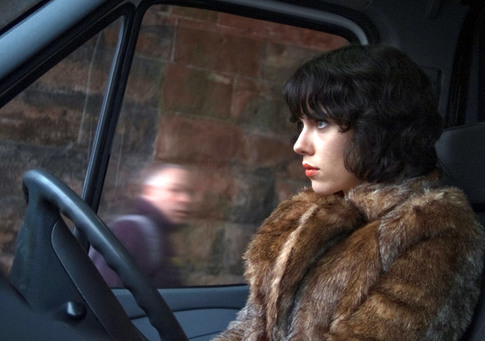 Described as “an undeniably ambitious but ultimately torpid and silly tale of an alien on the prowl” by trade magazine Variety, “Under the Skin” is one of 20 new films in competition for a prestigious Golden Lion at the 70th annual festival. Source.

Johansson plays an alien named Laura, so that’s kind of a bad start.. Shouldn’t she have some kind of exotic name like Atari or Leeloo?

“People would take pictures of you with their camera phone and not help you, all kinds of strange things,” Johansson told a press conference.

The uplifting film starts out with with a woman cutting off her teenage son’s genitals, as he cries in agony, rage and arousal.. Go figure.. Stay in your lane Johansson..