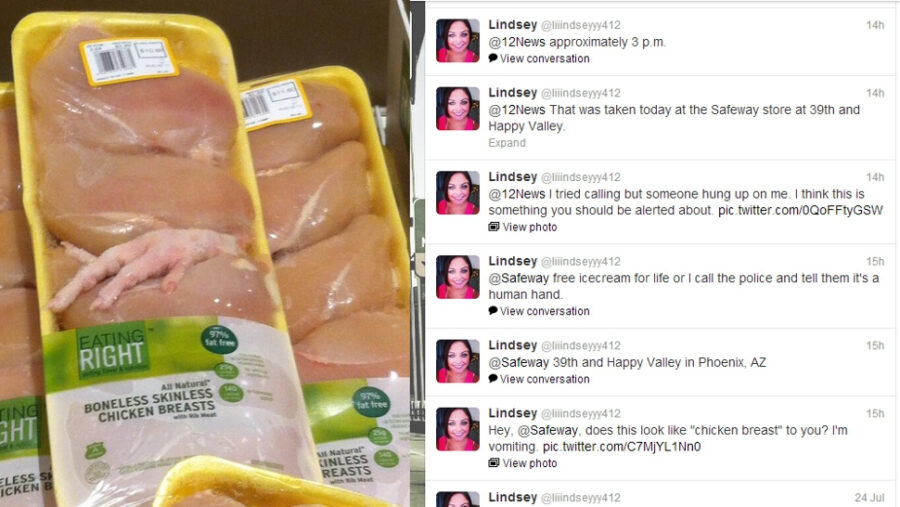 What’s the big deal? The market down the street from me sells these chicken feet, 12 to a package! And they don’t come cheap, cheap!

“Hey, @Safeway, does this look like ‘chicken breast’ to you? I’m vomiting,” tweeted “Southern girl at heart” Lindsey of Phoenix.

Lindsey later sent a statement to news organizations, saying she was “shocked” and “disgusted” by what she saw, and immediately contacted the store’s manager to have it removed. Are you kidding me? All this trouble over a crossed eyed meat packer? 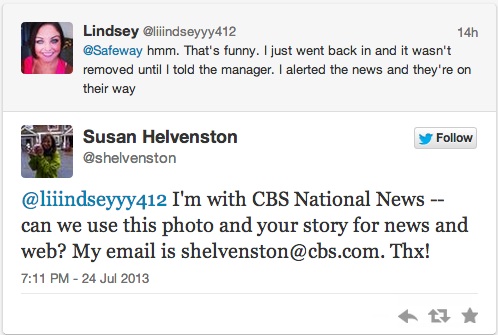 Lindsey of Phoenix is apparently unaware that chicken breast is “not just a lump of meat running around the barn,” as one Facebook user put it.

I know one thing, after Lindsey saw that foot she soon saw dollar signs.. That is until she discovered a good portion of the population already enjoys cooked chicken feet on a regular basis. Come on lady! Try it! You might like it! Cluck, cluck!