I find this simply shocking! And now I officially dislike this woman.. Kelly Ripa was given the chance to live her wildest dreams after Regis Philbin gave her the co-host spot on his show “Live!” – and after all that – the ingrate hasen’t even bothered to call the man since 2011, the year he was forced into retirement.. Possibly by Ripa. This comes from the same woman who injects botox to curb sweating.. 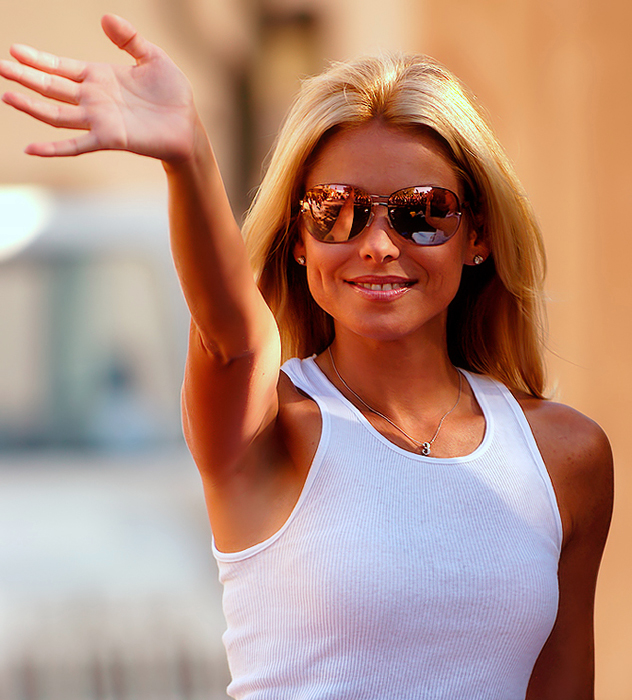 Kelly Ripa revealed that she hasn’t seen or even talked to her former co-host Regis Philbin since he packed up his pampers and left “Live!”

One of Hollywood Reporter’s “35 Most Important People In Media,” Ripa, when asked if she has kept in touch with Philbin, she told the press, “I haven’t seen him, no.”

Philbin left “Live!” in 2011 after almost three decades hosting the show. Ripa joined the show in 2001, replacing Kathy Lee Gifford. After Philbin’s departure, she tried out a rotating cast of guest co-hosts before Michael Strahan — who also made the Hollywood Reporter’s list — was officially named co-host in September 2012. Philbin is gearing up to host a sports show on the new channel Fox Sports 1. The show, which debuts in August, will feature a panel of hosts, similar to ABC’s “The View.”