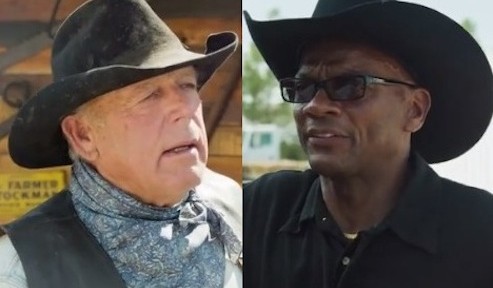 In this new video starring Cliven Bundy he may be trying to tell us that he’s not a really a racist and that it’s really a divide-lovin’ government that aims to stir up the coals of racism for their own ill-begotten gains.. Okay, we’re listening.

Bundy appears in the camp spaghetti western video complete with a black sidekick, who in the reveal we find out is running for congress.. Perfection. 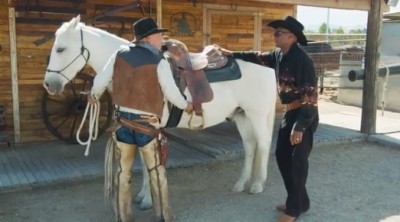 Clive from video. “I know black folks have a had a hard time with slavery and you know, the government was in on it. And the government’s in on it again,” Bundy says as spaghetti western music plays in the background. “I worked my whole life without mistreating anybody. A man ought to be able to express himself without being called names.” h/t crooksandliars