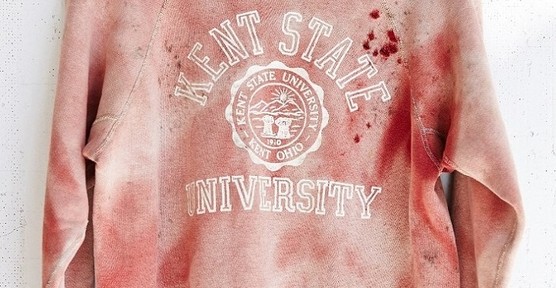 A petition appearing on Change.org is demanding Urban Outfitters pay the unitmate price, #BannedForLife, over their release of a seemingly bloody sweatshit emblazened with Kent State University logo.. 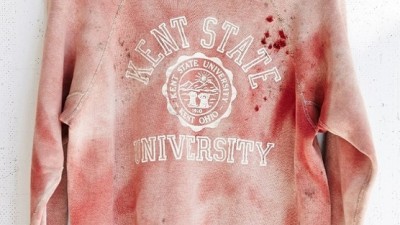 We feel, in support of the university, that the “Kent State University” sweatshirt trivializes the death and atrocity of May 4, using it as a marketing technique in order to get attention and publicity. Any company ignorant enough to capitalize on a historic tragedy should not be also able to profit off of the people still affected by it, which, in truth, is the country as a whole. 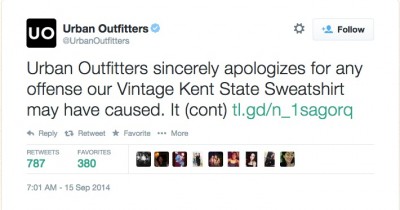 As a fashion student at KSU, we believe firmly in the power of clothing and what it says about you as a person. We personally love Urban Outfitters clothing and was a frequent shopper. But as a student of Kent State, we identify with the university’s continued reverence for what occurred on campus a short 44 years ago. We believe a certain level of integrity must accompany each company you support. We refuse to support a company who pulls publicity stunts through incentive and political acts. How many times do you look at a post that disgusts you on social media and pass them up completely? That same desensitization was used to create this sweatshirt. Disassociation from the issue only allows for the ignorance to continue. Instead of reading the Facebook shared link or tweet, we implore you to sign for something that shows Urban Outfitters their for insensitivity will not be dismissed. source 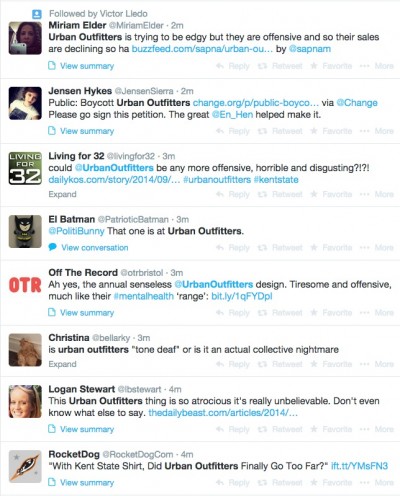