Nicky da B, aka, Nickesse T. Toney, best known for his 2012 track “Express Yourself,” which has garnered over 8 million plays on Youtube, died today, after what his manager is calling “a brief illness.” 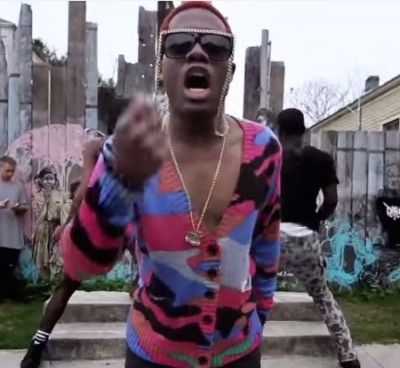 TRENDING: Apple iCloud Responds: It Wasn't Us! Or Was It?
CLICK PHOTOS TO SEE MORE
POST NOWTWEET NOW

Nicky was a high-energy rapper, dancer and fashion plate who emerged on the scene with the frenetic local club hit “Drop It Hot Potato Style,” in 2011. After performing on bills with veteran local rappers and close friends Big Freedia and Katey Red, he began working with DJ and manager Rusty Lazer, making polished, hyperactive contemporary bounce music and slick, artistic videos. “He was definitely loved by many, all his fans, colleagues, family and friends,” Big Freedia said Tuesday, reached on the phone in Portland, Ore. Freedia and Katey Red, who, although only a few years older, grew up together during an era when openly gay men were not as readily accepted in the bounce music scene, both enjoyed watching their younger colleague as he began to reap the benefits of what they had worked for, and succeeded fast. source

“We’re saddened by his loss. The bounce community will miss him. He was a phenomenal new sound for us, and he would have been going places.”