Who Is Andrej Pejic? And Why Is HE Now Andreja? 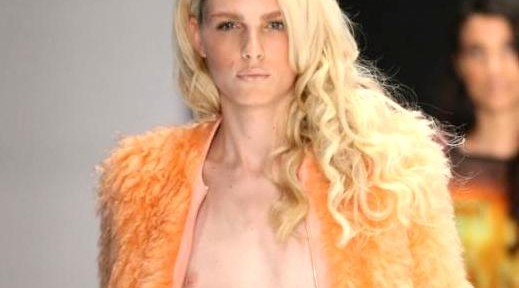 Andrej Pejic is the male model who walked the womenswear runway for powerhouse designers such as Marc Jacobs and Jean Paul Gaultier.

But now the renowned androgynous model has turned himself from a man to a woman after undergoing sex reassignment surgery. 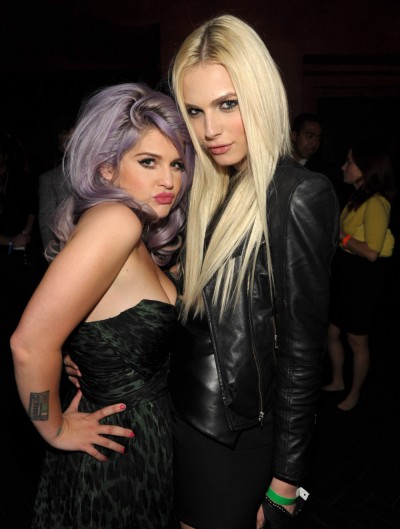 “I want to share my story with the world because I think I have a social responsibility,” Pejic, 22, tells PEOPLE exclusively. “I hope that by being open about this, it becomes less of an issue.”

“I always dreamt of being a girl,” explains the Serbian-born model. “One of my earliest memories is spinning around in my mom’s skirt trying to look like a ballerina.”

But things changed when her family moved to Australia. By age 9, Pejic came to receive what she describes as “a social message, from my brother and friends at school,” that it was time to put away the dolls and skirts that she favored. “I wanted to be a good kid and I wanted to please my parents,” she says. With little success, Pejic went about trying to hang out with the boys and participate in team sports. “I kept my dreams and my imagination to myself and became pretty good at acting as a boy. But I was hiding who I was.”

At the age of 13, in Broadmeadows, a suburb of Melbourne, Pejic’s course turned digital. “I went into the library and typed ‘sex change’ into Google and my life changed,” she recalls. The search results for the now-antiquated term yielded a flood of information and relief. “The Internet gave me the sense that there were words to describe my feelings and medical terms,” says Pejic, who left realizing “this is what I need to do.” Going through government regulated channels for a minor to transition required lengthy court processes and she had neither the cash to cover legal fees nor the time, as she knew male hormones were taking effect on her body. “I knew puberty would turn me into something like my brother and father,” notes Pejic, who began taking puberty blockers. Raised primarily by her mother, she always had her family to lean on throughout her journey. “When I told my mother, grandma and my brother, they were all very supportive,” Pejic, who eventually reintroduced the feminine flair into the everyday style she had shunned and developed a plan for her future, says. “I was going to finish high school as Andrej, transition, and forget about my male past.”

Pejic’s plans were put on hold when she was discovered at age 17 by a modeling agent. “It was an opportunity to see the world and gain some financial stability,” she explains. While her name was listed among the male models at top agencies around the world, she found herself in the enviable position of modeling both men’s and women’s fashions. She cites one 2011 runway moment as her finest modeling memory. “Being a bride for Gaultier was a very special moment for me,” says Pejic of walking the designer’s spring haute couture show.

But “about a year and a half ago, I reevaluated things,” says Pejic. “I was proud of my gender nonconforming career. But my biggest dream was to be comfortable in my own body. I have to be true to myself and the career is just going to have to fit around that.”

Pejic began meeting with doctors in the U.S. to continue her transition with sex reassignment surgery.

Pejic recalls the day she’d been dreaming of for so many years. “I was happy the moment had come – as happy as you can be before a surgery,” she tells PEOPLE. Her physical recovery from the process has been steady. “It was about three months before I felt like myself again,” she admits. When asked about the extent of her surgery, “I completely agree with Laverne Cox and [former PEOPLE.com staff editor] Janet Mock,” explains Pejic of notable transgender women who choose not to publicly discuss their genitalia and instead prefer to focus onadvocating and activism within the trans community. Plus, “what’s in between anyone’s legs is not who they are.” source

Although Pejic has had several serious boyfriends in the past few years, she’s currently single but adds, “I’m open to love.” But more important, she’s loving this new chapter in her life. “Every day is like a new revelation,” she says. “I’m more comfortable than ever. I feel at a 100 percent.”