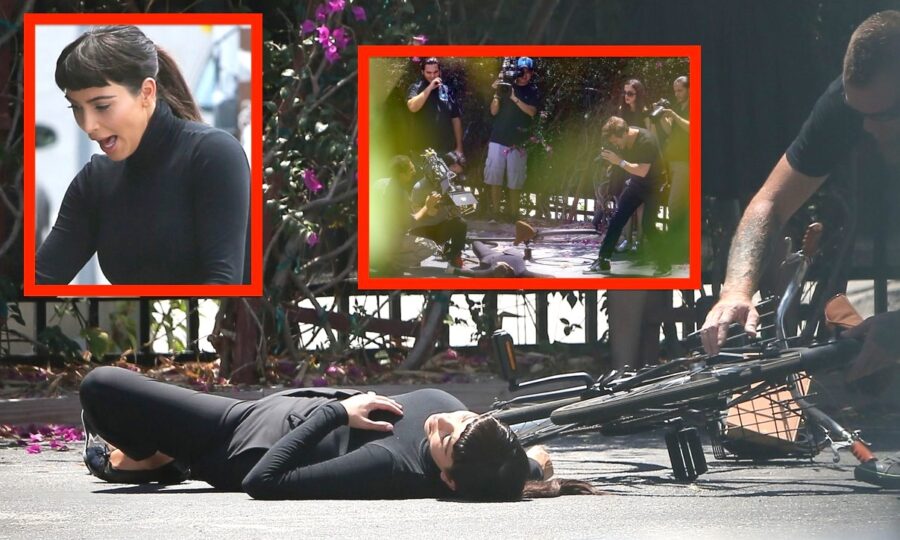 In a seemingly staged moment, Kim laid on the ground alongside the bicycle while two photographers and two men with video cameras captured the moment. If she really fell by accident, we imagine they’d be helping her up instead! source

Kim was also seen clutching her head at one point as it looked like she may have been in some pain from the shoot.