Miami Heat superstar Dwayne Wade showed up at this beautiful young woman’s prom after apparently she invited him via YouTube. Does this seem weird to anybody else? 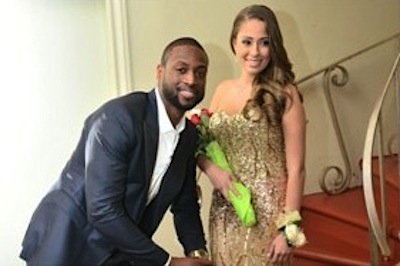 Here are the pictures and I think she kind of looks like Kobe Bryant’s wife Vanessa. And guess what? Vanessa was about that same age when Kobe scooped her up. I mean, what else could be going on here? She is way too incredibly beautiful to be like some charity case.

I honestly predict we are going to hear more about this couple, yes I said couple. The mystical powers don’t just bring people together for no reason. 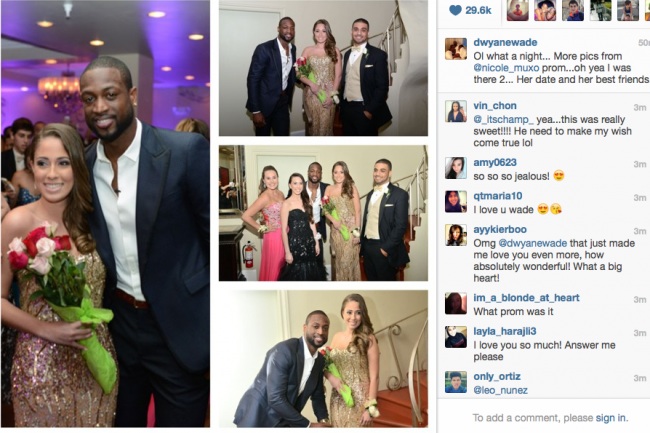 According to a local TV station in Miami, Nicole Wade, I MEAN, Muxo, cooked up a video request to the Heat shooting guard after she struck out in her attempt to get Wade to accompany her to a homecoming dance earlier in the year.

If there isn’t another angle to the story, then this is the corniest thing I’ve ever seen. Sure it would’ve made sense if she was hooked up to an IV and being rolled around in a hospital bed. But are you kidding me? This woman is beautiful and certainly in no way hard up for date.