“How does it feel?” Chauhan asked in the video she streamed to Periscope and posted to Twitter. She wrote in the tweet that accompanied the video: “Asking @PressSec questions in Apple Store since he doesn’t like the press.” The confrontation occurred on March 11. END_OF_DOCUMENT_TOKEN_TO_BE_REPLACED

Former star NBA guard Rex Chapman must have gone through his vast NBA fortune considering he was arrested for shoplifting $14,000 of merchandise from an Apple store in Scottsdale.

Chapman later sold the items at a local pawn shop. 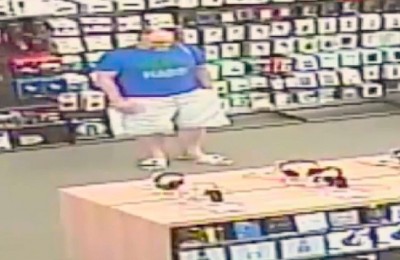 END_OF_DOCUMENT_TOKEN_TO_BE_REPLACED

Apple is trying to figure out how comedian Tyler Fischer took to four Apple stores in the New York City area and posed as an Apple employee. 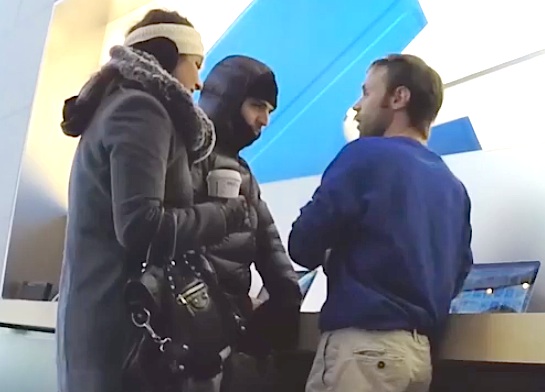 For the prank, Fischer makes ridiculous and fake claims about the products, scans customer’s retinas for a credit check and even suggests that people just go buy an Android instead. All new buyers with syphilis get 20 percent off. END_OF_DOCUMENT_TOKEN_TO_BE_REPLACED

There must be some kind of a shake up happening at Apple these days because they are suddenly getting a boatload of bad press. This time the news is nothing-less than shocking.

A woman trying to buy a few iPhones at her local Apple store didn’t understand their strict two iPhone policy, mostly because she doesn’t speak English, only Filipino. 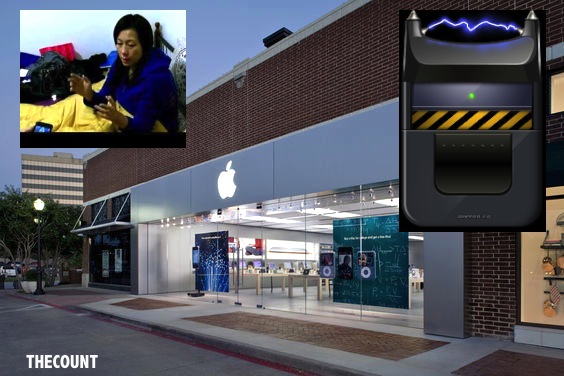 “My mom says she don’t know why they called the police, because she doesn’t understand what they are talking about,” said the woman’s 12-year-old daughter, “She was scared, she didn’t understand,” and that’s when cops put the tase to the poor woman.

Apparently, mom purchased two iPhones and then decided to buy two more as Christmas gifts, however when she ordered the extra iPhones online and went to pick them up the Apple Store employees refused to let her have her paid for items, remembering her previous buy. When she demanded her items, most likely in Filipino, employees refused and called police who tossed the woman out of the store and then proceeded to shock the living crap out of her.

Xiaojie Li, of Newton, said she is embarrassed by Monday’s incident that occurred at the Pheasant Lane Mall Apple Store in New Hampshire.

Her daughter said mom bought two iPhones last Friday, and then returned to the store to pick up two more iPhones she ordered online, and that’s when employees put their foot down, “The management of the store asked us to have her removed. The officer approached her, told her she wasn’t welcome in the store, and she refused to leave,” said Nashua Police Capt. Bruce Hansen.

The store then issued a stay-away order against Li.

A video posted on YouTube shows Li and police officers on the floor outside the Apple store at the Nashua mall. The crackle of the Taser and Li’s screams can be heard on the video.

Wonder why Britney doesn’t do ad campaigns for high-end brands like Manolo Blahnik and Louis Vuitton? They had to of asked her right!? Candies is cute and all, but Brit could be doing high fashion ad campaigns and making huge chedda. If Lindsay Lohan was once signed as the spokes model for the high-end brand ‘Miu Miu’, then Brit surely can top that cake and layer it to the sky by far any day. She’s looking good! Love this B no matter what…