AUBURN, AL. (THECOUNT) — Disturbing new details were released Thursday in the search for missing 19-year-old Aniah Blanchard as police confirm evidence located in her vehicle indicate Blanchard was “harmed” and the victim of foul play.

Investigators said Thursday that evidence discovered inside Blanchard’s vehicle, recovered in Montgomery on Friday, determined Blanchard was injured and is considered to be a victim of some form of foul play. 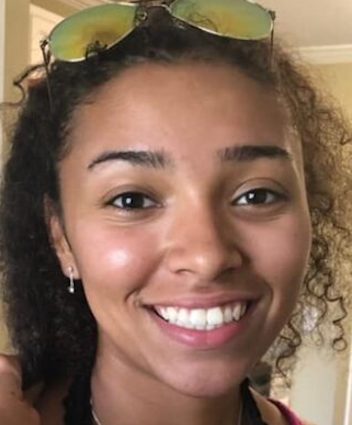 “The Auburn Police Division continues to diligently investigate the disappearance of Aniah Haley Blanchard who was reported missing by her family on October 24, 2019. In that effort, Auburn and Montgomery Police as well as nine other local, state, and federal law enforcement agencies working on the case are operating as a task force,” said Captain Lorenza Dorsey

Investigators say, a black 2017 Honda CR-V belonging to Blanchard, 19, has been recovered at an apartment complex.

“The Auburn Police Division and Montgomery Police Department are still requesting assistance from the public regarding any information on the location of Aniah and her vehicle between Wednesday, October 23, 2019, and today,” said Dorsey.

Auburn police are working with Montgomery police to process the vehicle at the scene.

Police are asking for the public’s assistance in determining the whereabouts of Blanchard.

She was reported missing to Auburn Police on Oct. 24. She last communicated with a friend on Wednesday night, Oct. 23, just before midnight. Police have said her vehicle was seen in the early morning hours along South College on the 24th, reports WRBL.

*Vehicle photographed is strictly for visual representation, not actual photograph.