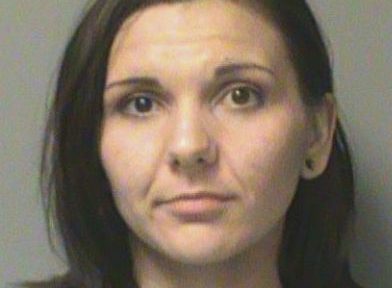 Amick, 30, is facing charges of child endangerment after police say they went to a home in the 100 block of East Emma Ave. around 10:15 a.m. Monday after someone called 911 reporting a toddler left home alone. When officers arrived, they found a 2-year-old male in the backyard, wearing nothing but a full and sagging diaper. Police say the child was sucking on a frozen chicken breast. A small dog in the backyard was observed trying to jump up on the child to get the chicken. Officers spoke with a neighbor who told them the child was often left unattended. She said she would see the man and woman leave the home, but not with the child. Another neighbor told police she had found the child in the middle of the street at one point shortly after the family moved in, and said that they did not watch the child very well. Police say when Amick arrived on the scene, she lied and told them this was the first time she had left the child alone, but after police confronted her with the neighbors’ claims she admitted she left the boy alone on “occasions.” h/t pix11 Amick was taken into custody and booked into the Polk County Jail. Tuesday, she posted bond and was released.