Terrence Howard’s divorce is officially over. I like Howard’s acting, but he has a reputation in Hollywood for being kind of a a-hole. Let’s hope now that his toxic relationship is behind him he can focus back on doing what he is good at, making movies. 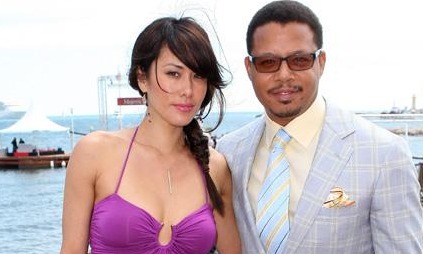 Our friends over at Popular Critic noted that Terrence actually made out pretty good in the divorce.

“Howard and ex-wife Michelle Ghent marriage has finally come to an end and Howard has actually come out as the victor.

Well a judge has finally ruled and it seems like Terrence’s bitter ex isn’t getting much.

The “Crash” actor will remain the owner of both of his Pennsylvania homes and Ghent didn’t earn any right to any of his 25 bank accounts.”

I think Howard has a really good onscreen presence and I wouldn’t mind it if he could just get his head out of his ass and forget about chicks for a while and just get some really good work done. He has a chance to use this experience to make that happen.

PC also noted that Howard will still be connected to this lady for the rest of his living years..

It wasn’t exactly a clean get away. While Howard won the property disputes, he has been ordered to pay Ghent $5,800 a month in spousal support for the next three years.

That means Ghent is walking away from the divorce with a total of $208,800… which may be a staggering amount of cash to us, but probably is barely putting a dent in Terrence’s wallet.

Terrance will also get to keep the 2011 Rang Rover and she keeps her bike and the BMW.