It’s not over yet! The big apology from Tiger didn’t seal this evil door shut!
A new mistress is coming out of the mist and dishing the fling between her and Tig! Is she #15? I lost count!

Alleged mistress Devon James called into Tampa, Florida’s “Bubba The Love Sponge” radio show Tuesday, and told them about a two-and-a-half year affair she claims to have had with the golfer, spanning from the end of 2006 through 2008.

“There was very little talk that first time,” she said. James described the sex as “dirty,” and said Woods and gave her his personal number “immediately afterwards.” She said that Woods preferred to be the dominant partner in bed, and was well-endowed. James said that Woods did bring up his wife, Elin Nordegren, on their second meeting, complaining that she didn’t want to have sex a lot. Woods would send her text messages saying, “I want you to be my w****,” and other sentiments akin, James said.

James said she did not come forward earlier because she felt bad for him at the beginning of the scandal. She said she can prove the connection using old phone records, if need be.

The news is NEVER ENDING with this mistress of Sandra Bullock’s husband Jesse James. Michelle McGee is not only permanently ruining Jesse James’ reputation, but her’s is going straight to hell-O…hold on I have a call…

It’s only a matter of time before the ‘other’ team gets Michelle McGee’s fake toties in a vice and pops em’! Her dirty pictures, video and mouth, have really made for an adventurous week in news, but have not made an adventurous memory bank in our brains. I’m personally disgusted with MM’s tattoo choices and especially her decision to use children’s fridge magnets to spell ‘white power’ for her kids and everyone else to see.

Okay, I’m done. The month of the mistresses continues strong… 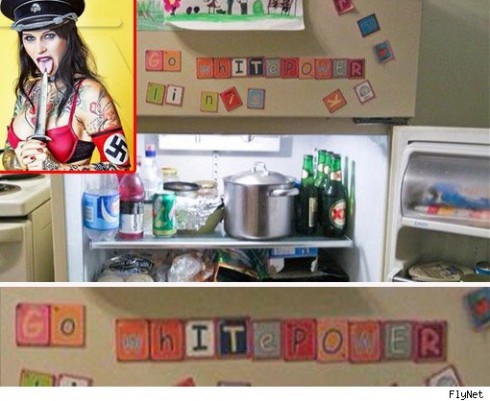 ‘Guido’ star Pauly D on the MTV show “Jersey Shore”, is auctioning off his tanning bed for charity! Ya! His tanning bed.

Maybe Pauly D is moving onto the Mystic Tan. Either way, would you get in a used tanning bed from Pauly D?

Well, if someone claims this auction item, then it the money will be going to a good cause: St. Jude’s Children Hospital.

I just want to say that I’m glad I did the 30 day trial of Netflix. When the 30th day came of my trial, and I got cut off of instant TV shows and instant movies on my computer *AND* DVDs delivered to my house- I REALLY FELT THE VOID!!!

I panicked and got online right away to buy a month of Netflix! I love watching TV shows and movies when ever I want! You can lay in bed and stream movies and shows! You can even hook your computer up to your TV and watch movies on the big screen too!

It is endless fun with Netflix! I highly recommend! I’m so done with Blockbuster and the Redbox!

I can always tell when Spring is here when I see Britney Spears grab an orange “Fanta” at the gas station!
Not really. I can tell the weather is heating up in L.A. when I see Britney pull out the ol’ raggedy ‘shorts n’ boots’ combo out of her gianormous closet!
So many outfits to choose from, but we always get this every Spring and Summer!!! SHORTS N’ BOOTS!!! She’s starting with the Uggs boots, and then she’ll move right into the mid-shin cowboyish boots!
The 2010 ‘Shorts N’ Boots’ sightings have officially begun! 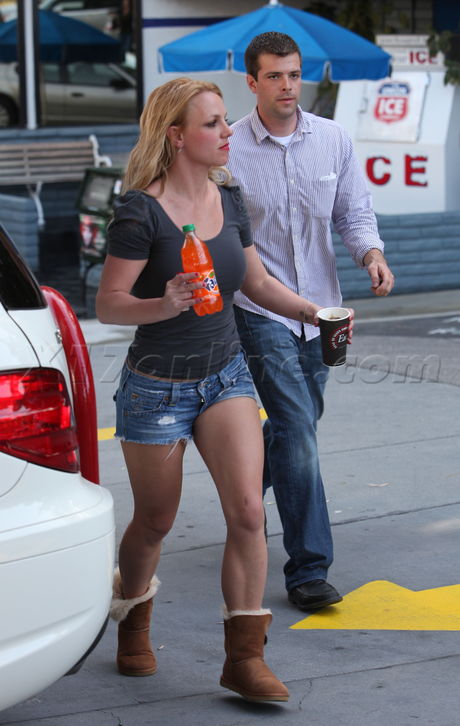 Birds of a feather.

Poor Sandra Bullock, hardly any time to enjoy her first Oscar win before getting blindsided by her hubby’s shocking affair with a tell-all tattooed tart, and it gets worse.

TMZ posted these pictures of the woman Jesse James banged for over 11 months, in full Nazi regalia. It’s one thing to make the very bad choice to pose in Nazi gear for a photo shoot, it’s another thing to have “W.P.” permanently tattooed on your body, as pictured on Michelle McGee’s legs, if you don’t already know, “W.P.” stands for “White Power”.

This raises the troubling question, did James know of McGee’s obsession with Nazis? Common sense says “Yes” after all, he was all over that hot Nazi mess for almost a year.

In what may be the final chapter of Anna Nicole Smith’s life, a Houston appeals court ruled Smith would receive none her husband’s billions. The 9th U.S. Circuit Court said J. Howard Marshall was mentally fit and under no pressure when he signed a will leaving $1.6 billion to his son, E. Pierce Marshall.

It has been 15 years since Smith said her husband promised her more than $300 million, although Smith had no documentation to serve as proof of that statement. The case outlived both Elder Marshall and Smith.

A lawyer for Smith’s estate said they would appeal this ruling on different issues in the future.

If you could live anywhere in the world, where would you live?

Finally! A new story that excites me! Here is a deleted scene that was just released from Twilight ‘New Moon’. Robert Pattinson and Kristen Stewart have a heated conversation full of sexual frustration! Can’t wait til’ the 3rd Twilight movie ‘Eclipse’ comes out!