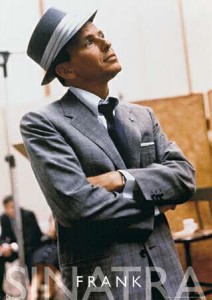 Casting has yet to be announced for the role of Sinatra [what ‘A’ list actor could play Frank? Hmm], arguably the most popular singer of his era and who also struck box office gold with roles such as his Oscar-winning turn in “From Here to Eternity” in 1953.

But the Scorsese movie, “Sinatra“, is thought to be the first to depict the life of thestar in a feature film.

The project, on which Sinatra’s daughter Tina will serve as executive producer, was announced one day before the anniversary of the death of the iconic singer and film star, who died in 1998 of a heart attack at the age of 82.

Universal said it secured the life story and music rights from Frank Sinatra Enterprises, a joint venture of the Sinatra Estate and Warner Music Group, and then bought the film project from Peter Guber’s Mandalay Pictures, which had been developing a project for several years.

“It is personally pleasing to me that this paradigm continues with Marty Scorsese at the helm of the Sinatra film,” she said.

Who do you think will play Frank Sinatra?