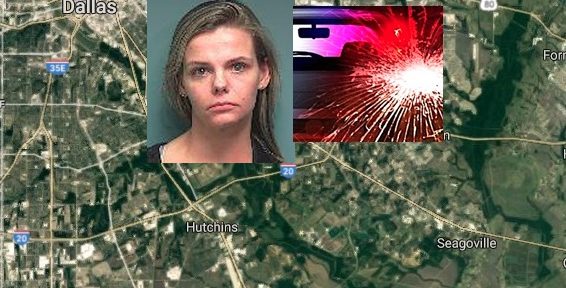 Carter, 30, was operating a vehicle with her daughter as a passenger when the fatal crash occurred at about 8:40 a.m. on Highway 99W and Airline Road, just north of the Benton County line. Carter was driving a 2017 Toyota Camry that was struck by a northbound 2006 Subaru Legacy.

The driver of the Legacy was Jessica Renee Cornett, 21, of Bend. She is the victim listed on court paperwork for the third-degree assault and second-degree criminal mischief charges.

Carter was arraigned on an indictment on charges of second-degree manslaughter, criminally negligent homicide, third-degree assault, driving under the influence of intoxicants and second-degree criminal mischief, reports GazetteTimes.

She pleaded not guilty and later bailed out of jail.

According to an email from Cheldelin Middle School to the community, a student named Brianna Carter, an eighth-grader at the Corvallis school, was killed in a car crash on Saturday. According to documents in a separate court case, Brianna Carter is the name of one of Kayla Carter’s daughters.

The information about the death was shared with Corvallis students on Monday morning, and the Corvallis School District Crisis Team was at both Cheldelin and Mountain View Elementary School to support youth and staff members.

According to unrelated court filings from mid-February, Carter was working as a stylist at Luminous Salon in Corvallis.

Carter was arrested on a warrant on Wednesday and lodged into the Polk County Jail.