American Playboy: The Hugh Hefner Story To Debut On Amazon 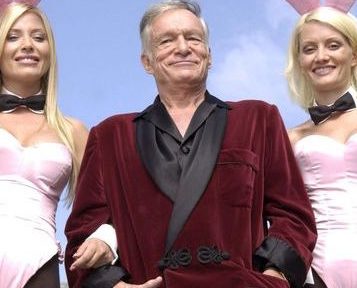 Amazon is getting ready to dip its toe into the saucier side of television by debuting a 13-episode docu-series on the King of the Bunnies, founder of Playboy, Hugh Hefner.

The juicy material for this production will be sourced from Hef’s 2600 scrapbooks, hours of archival footage and first-person interviews. Producers promise a never before seen look into the world of the notorious playboy himself. His bon vivant lifestyle and elaborate persona will be documented from start to finish. This documentary will delve deeper into his life, focusing on personal events from his past and how it shaped his future. It is set to air sometime in 2017.

Amazon is excited about the fact they can add a niche program to their line up instead of all the scripted dramas readily available currently. This will be definitely something out of the box. It should attract historians and hedonists alike. This docu-series promises to be well-rounded and focus on more than just the bunny empire. It follows him through business, his previous marriages and political stances on many social issues. Hef has championed for many causes (including same sex marriage) and has had a profound impact on this country throughout the years.

There has only been a few biopic productions about Hefner personally over the years. On this particular project, Hefner himself is really involved in the creative process and has constant input.

When you consider that Hustler’s Larry Flynt got his own movie about the creation of his brand way back in 1996 with The People vs. Larry Flynt; it just seems as though Hefner and Playboy should have been made sooner. I guess all good things come to those who wait because this series is promising to deliver.