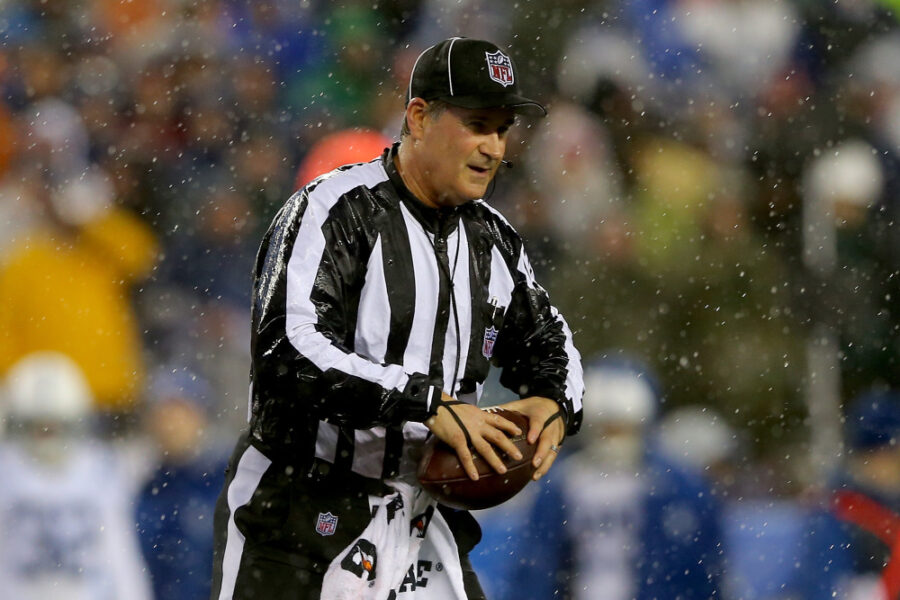 FOXBORO, MA – JANUARY 18: Umpire Carl Paganelli #124 holds a ball on the field after a play during the 2015 AFC Championship Game between the New England Patriots and the Indianapolis Colts at Gillette Stadium on January 18, 2015 in Foxboro, Massachusetts. It was reported on January 19, 20015 that the league is looking into the apparent use of deflated footballs by the New England Patriots during their game. (Photo by Elsa/Getty Images) ORG XMIT: 532632539 ORIG FILE ID: 461782662

Back To Article: USATODAY: Disqualify The Patriots Over #DeflateGate
FOLLOW @TheCountNews