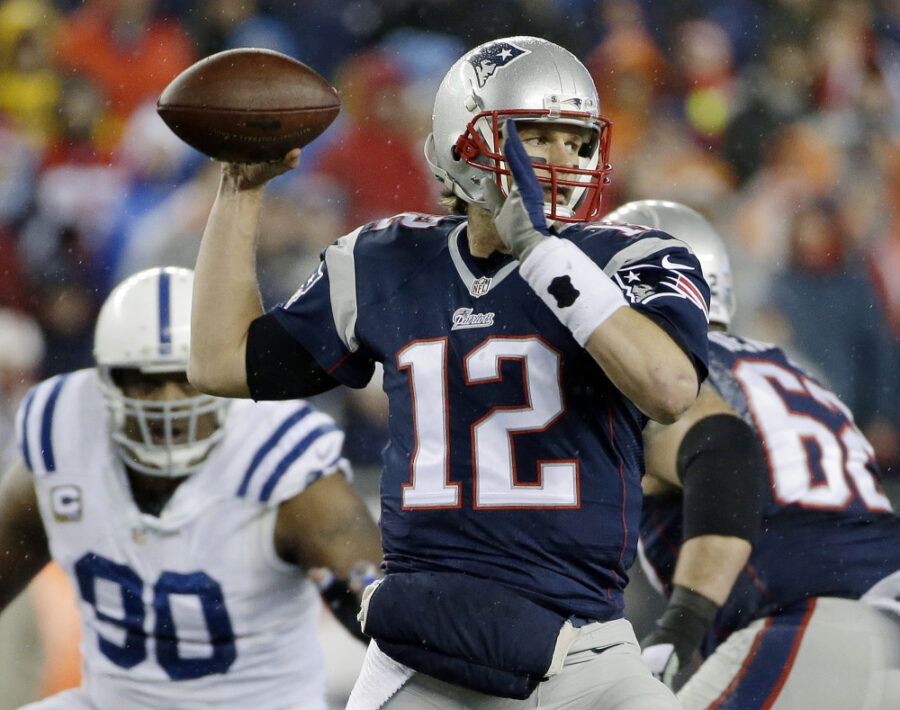 FILE – In this Jan. 18, 2015, file photo, New England Patriots quarterback Tom Brady looks to pass during the first half of the NFL football AFC Championship game against the Indianapolis Colts in Foxborough, Mass. The NFL is investigating whether the Patriots deflated footballs that were used in their AFC championship game victory over the Colts. The inquiry was first reported by the website for WTHR-TV in Indiana, citing an unnamed source. On his regular weekly morning-after-game appearance Monday, Jan. 19, 2015, on WEEI radio, Brady said he wasn’t aware of the report about the league’s investigation into whether footballs were properly inflated against Indianapolis. (AP Photo/Matt Slocum, File) ORG XMIT: NY159

Back To Article: USATODAY: Disqualify The Patriots Over #DeflateGate
FOLLOW @TheCountNews