Chris Mortensen of ESPN is reporting, the NFL has found that 11 of the 12 footballs used by the New England Patriots in Sunday’s 45-7 AFC Championship Game were under-inflated by two pounds of air each.

The Patriots defeated the Indianapolis Colts for a trip to the Superbowl. 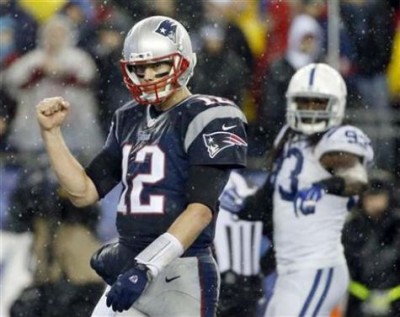 Here’s what the NFL game operations manual says regarding punishment for those guilty of under-inflating footballs, courtesy of Kevin Seifert of ESPN.

“If any individual alters the footballs, or if a non-approved ball is used in the game, the person responsible and, if appropriate, the head coach or other club personnel will be subject to discipline, including but not limited to, a fine of $25,000″ says the NFL game operations manual. h/t thescore

That penalty is meant as a guideline. Larger fines and potential forfeiture of draft choices are possible depending on the severity of the infraction.

Sadly, the game results will stand.