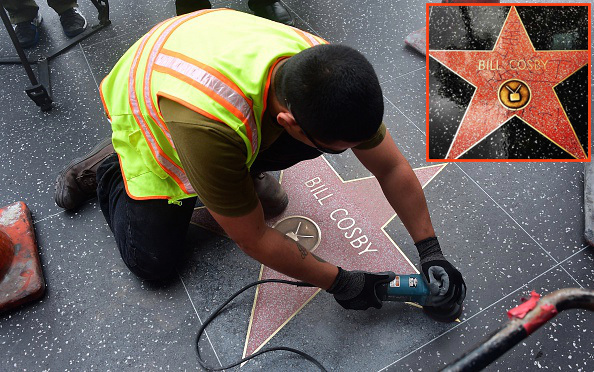 A worker cleans Bill Cosby’s Star on the Hollywood Walk of Fame on December 5, 2014 in Hollywood, California after it was reportedly vandalized the night before with the word “rapist” written multiple times on the Star. The US actor has been accused by more than 20 women of sexual abuse or assault. AFP PHOTO/Frederic J. BROWN (Photo credit should read FREDERIC J. BROWN/AFP/Getty Images)