Scarlett Speaks About Her Weight Loss

“Claims have been made that I’ve been on a strict workout routine regulated by co-stars, whipped into shape by trainers I’ve never met, eating sprouted grains I can’t pronounce and ultimately losing 14 pounds off my 5â‚¬²3â‚¬³ frame….Utter lunacy,” she says. “If I were to lose 14 pounds, I’d have to part with both arms. And a foot.” 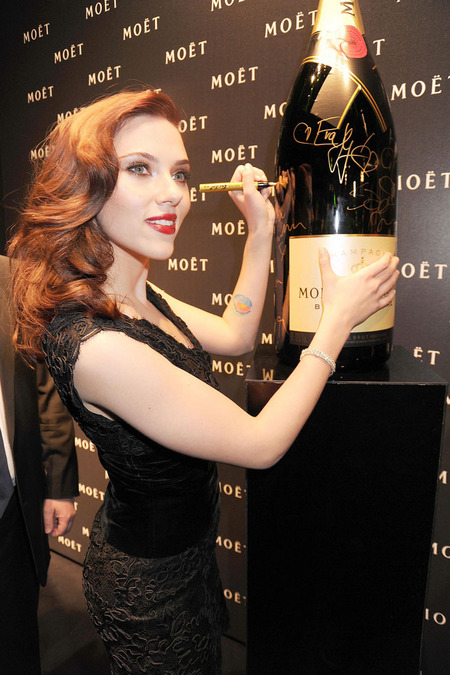 ….While training for an upcoming film, I’ve come to this conclusion: chin ups are near impossible and lunges suck. There is no magic wand to wave over oneself to look good in a latex catsuit. Eating healthy and getting fit is about commitment, determination, consistency and the dedication to self-preservation.

According to the National Eating Disorders Association (NEDA), as many as 10 million females and 1 million males living in the US are fighting a life and death battle with anorexia or bulimia. I’m someone who has always publicly advocated for a healthy body image and the idea that the media would maintain that I have lost an impossible amount of weight by some sort of “crash diet” or miracle workout is ludicrous.

I’m not normally the type to dignify toilet paper rags with a response, but in this case I feel it’s my responsibility to comment. In a way, I’m glad some dummy journalist (and I use the term “journalist” loosely) is bankin on my “deflating” so that I can address the issue straight from my healthy heart.

Hey- good to know!! We thought she looked good but didn’t want her to drop too much weight!