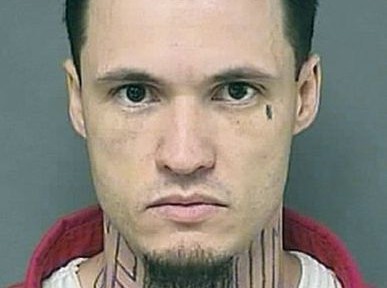 A Kansas man, with a huge tattoo on his neck that spells out murder, is seeking permission to hide or remove the tat when he goes to trial for first-degree murder.. So we take it he pled innocent? Go figure! 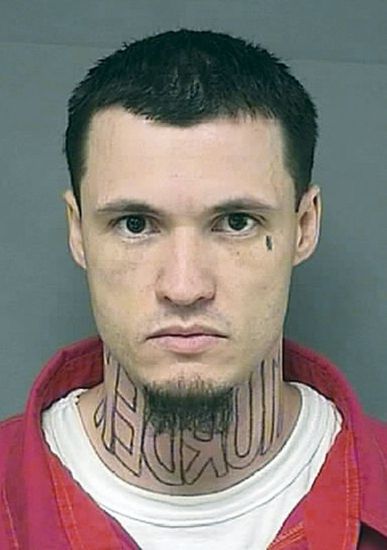 The man said he is afraid the tattoo might prejudice a jury, so he is asking for a professional tattoo artist to remove or cover it up.

Prosecutors say they aren’t opposed to Jeffrey Chapman covering his tattoo, but Barton County’s sheriff says he’s against transporting Chapman to a licensed tattoo facility — the only places tattoo artists are allowed to practice under Kansas law.

The Great Bend Tribune reports Chapman’s trial is scheduled to start Monday in the November 2011 killing of Damon Galliart, whose body was found by hunters in a roadside ditch southwest of Great Bend. source

Chapman’s attorney says in a motion the tattoo would be extremely prejudicial if seen by a jury.