This one is a sonic and visual stinker from the opening saggy side-boob shot, which is repeated frequently to achieve nauseum, to the final shot of a deflated Flash Dance revival, complete with “Rich Girl” tanktop complimented by young party revelers pulled right out of Central Casting.. Paris’ constant botoxed “Magnum” look, (think Zoolander,) is nothing short of old and tired. Whew.

Paris vainly hired super-duper-mega-star Lil Wayne‘s services, paying the rapper a cool $750,000 to be associated with the monstrosity, but his moniker and music stylings did nothing but cash the check..

Let getting involved with this project serve as proof that Lil Wayne is on drugs, and maybe worse, banging Hilton. That’s guaranteed to give the gift that keeps giving. 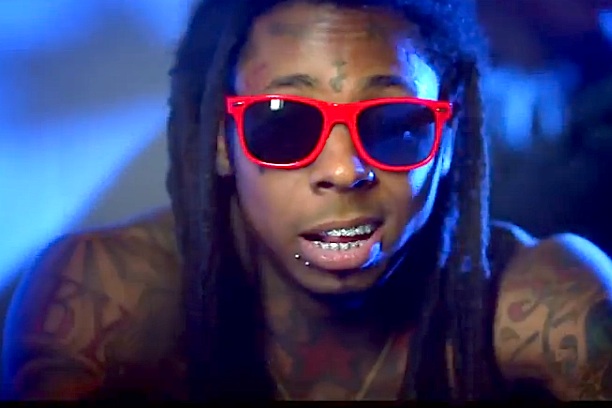 Watch video, if you dare, here..