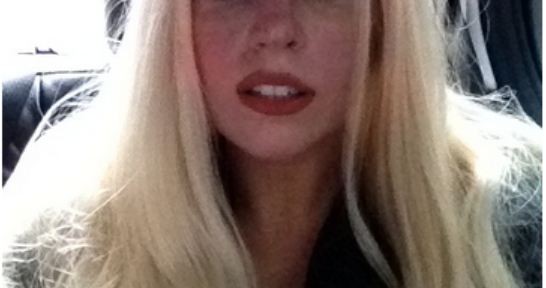 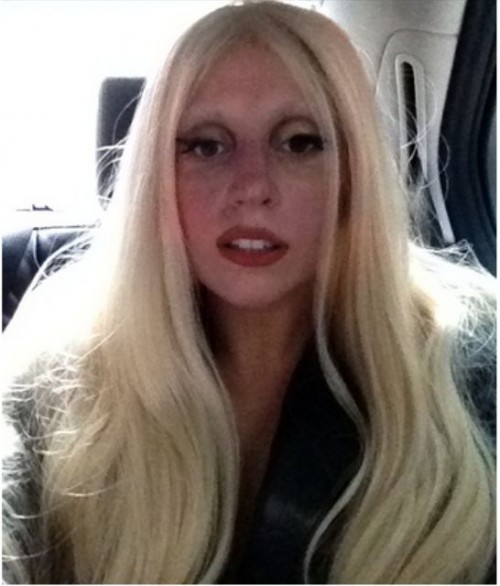 By the looks of her picture she took just after the sweaty class, Gaga wears a wig, big eyeliner and lipstick whilst working out.

But Gaga doesn’t appear to be wearing any face foundation or powder, as it is revealed that she looks extremely tired, as if she’s aged beyond 50-years-old. 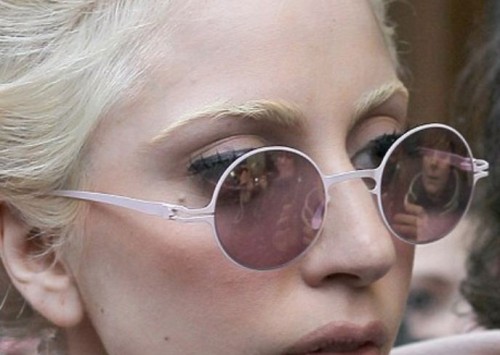 Maybe if she wouldn’t have dyed her eyebrows blonde (like the pic above), she wouldn’t look so much older. That wig is another accessory that drags her look down to! Throw out that wig Gaga! You’re friends aren’t telling you the truth anymore.

The 26-year-old just kicked of her “Born This Way” Ball Tour in Seoul, where she had a rocky start due to the age restriction on people under 18 NOT being allowed to attend the concert.

Now that that’s over, she’ll be one her glorious way around the world! Good luck!