This debate, which took 3 hours to get through last night, resulted in a win for Republican men who shouldn’t be making any sort of decision for women’s rights to begin with! The vote was 240-185 with 11 Democrats voting for the amendment, and seven Republicans voting against. One member voted present. According to Politico.com, “A group of Republicans on the floor applauded when the vote hit 218.”

Pence’s team thinks that ‘Planned Parenthood is too aggressive about performing abortions’, and Pence made his point that ‘cutting off support for millions of women’s health clinics would cut off their ability to perform the [abortion] procedure’. Pence stated, “We should end the day when the largest abortion provider is the largest recipient of federal funding… What’s clear to me, if you follow the money, you can actually take the funding supports out of abortion. We then have a much better opportunity to move forward to be a society that says yes to life.”

Another man who attended the debate last night, House Majority Leader Eric Cantor, stated that he thinks the majority of Americans do not want to use their taxes towards abortion money. Planned Parenthood estimates it received a quarter of the $317 million in Title X funds appropriated last year. They use the money for pelvic exams, breast exams, safer-sex counseling and basic infertility counseling, among other things.
Cantor said, “The time has come to respect the wishes of the majority [who? show the evidence!] of Americans who adamantly oppose using taxpayer dollars for abortions.”

Wow, it is amazing that men are getting the say in what women should and shouldn’t have…because they understand pregnancy and have menstrual cycles? Oh sure, men can really relate to what it’s like to be a women and have to face these decisions. It makes you wonder just how women who utilize service at PP, will get along if $317 Million is taken away from funding their female issues! This is scary!

If you are against this, please go HERE to sign your name in a letter to stop this bill.

I had such a blast at the 2011 Grammys “Nivea For Men: Look Like You Give A Damn” after party. The party was held at a dreamy mansion in the hills of Beverly Hills, and it was definitely one of the finest parties I have ever been to.

The party was catered, and chefs were cooking personalized omelets and pancakes! The party got started around 12 a.m., so it made sense that they were cooking breakfast. There were open bars throughout the mansion- inside and out. “Hint”, the flavored water brand (my favorite!!!), was there giving out a variety of waters, and Coca-Cola sodas were also complimentary! Beautiful go-go dancers were on stages throughout the mansion, along with a few different D.J.s. Oh, and there was a never-ending mountain of mini-cupcakes that everyone just couldn’t get enough of throughout the night. 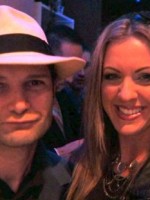 I saw some of the best dressed people I’ve ever seen in my life at this party. I guess you could say that ‘everyone really gave a damn’ what they looked like last night! Speaking of hot people, Corey Feldman, Brandy, Shauna Sand, Lindsay Lohan and lots of other artists were in attendance, and they all looked great. The party was put together exceptionally well. Style, class, beauty, talent, elegance…none of that was lacking last night!

I filmed some highlights of the party incase this description just isn’t enough. Watch the video! Enjoy!

I know casting for the small screen has become more progressive in the last decade, however, what was ABC (or more accurately, the folks in charge of casting) thinking when casting the 2011 remake of “Charlie’s Angels?”

It was revealed today that Ramon Rodriguez will be the new “Boz”. Those of us who grew up with the original Angels series fondly remember David Doyle as the perfect Bosley, kind, gentle and totally oblivious to the three sexy ladies constantly flanked to him.

Enter Rodriguez? The overqualified, Porto Rican born actor has been on a run as of late with rolls in Transformers, Revenge of the Fallen, and also the upcoming Transformers “Dark of the Moon,” but come on! Does that qualify him to completely change the dynamic of our beloved Bosley?

The kind, father figure in Doyle was a perfect antidote to the stunningly beautiful Angels, and in the big screen version of 2000, Bill Murray played Boz, which was also great casting- keeping with the vibe. Now, in 2011, we get a young latin Boz, who is also said to be “tech savvy” como?

When a remake is announced, the folks who actually remember the original will always use that reference as a measuring stick to rate the newcomer. If the casting mystery of Rodriguez is any indication of what’s to come for the new Angels, I think the viewing audience may end up being as mysterious and illusive as Charlie Townsend himself.

Lady Gaga’s new song “Born This Way” has been released into Internetland today, and it is spreading like poison! You can hear it right now on YouTube, but apparently you are supposed to get a ‘legal’ free copy if you go to Target.com and pre-order her album. You know how it goes- your music will get leaked somehow onto the Internet and that’s just the way it is.

You better believe it- Born This Way is already getting all sorts of criticism like: “We were all waiting for this?” “This is Madonna’s Express Yourself 2.0.” “This sounds like David Guetta’s “When Love Takes Over.”

There are lots of other positive comments like “Lady Gaga is a better artist than Britney.” “I love this song!” “I have goosebumps that’s a great follow-up.”

Now it’s time for you to judge if you like the song or you think it sounds like other songs like “Express Yourself”. I embedded the similar songs below LG’s:
“Born This Way”

Egypt’s President Mubarak finally stepped down as president tonight in Egypt. This is not a rumor. He is done, and the streets are filled with happy people. The crowd is waving flags, dancing, cheering, crying and just thrilled overall :)
Congrats to people coming together and fighting for something they believe in- and getting it!

President Obama is expecting to go live from the White House at 3pm ET to discuss the matter. See the happy people of Egypt LIVE, and watch Obama’s conference LIVE on CNN, FOX & MSNBC.

Arnold Schwarzenegger is over having a real job in politics, and he’s getting back to what he does best- he’s going to act again!

“Exciting news. My friends at CAA have been asking me for 7 years when they can take offers seriously. Gave them the green light today.”

I am pretty excited about this- I have so many favorite on-screen Arnold moments, I can’t wait to see what he does next! 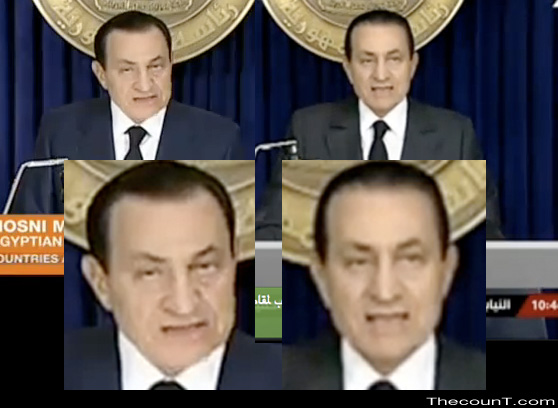 Sheen not only listened to the upset co-workers, but he also listened to some of his friends (now we know he has some ‘friends’ since they’ve convinced him to commit to rehab!) and he’s doing rehab, and he’s making sure his co-workers get some pay- but not all of it…

Sheen agreed to pay his co-workers 1/3 of the paychecks they will be missing because of his rehab hiatus. Warner Bros. TV and network CBS would cover the rest- a third each.

Deadline Hollywood claims that Sheen’s offer to pay the crew may not need to happen. They said “if Sheen returns to work later this month [Feb. 2011] and as early as next week as some reports suggest, the studio will most likely be able to make up for most of the lost time and the crew would get paid as originally planned.” They added, “No re-start date for Men has been set yet as WBTV and CBS are waiting for for an indication that Sheen is well enough to resume work.”

That is very sweet and thoughtful of Sheen! You can’t be mad at him now!

The 23 year-old star of the hit reality show about Italian-Americans, whose real name is Nicole Polizzi, got 41 percent of votes in a poll of omg! Yahoo readers on the woman with whom they would least like to spend Valentine’s Day. Socialite Paris Hilton was second.