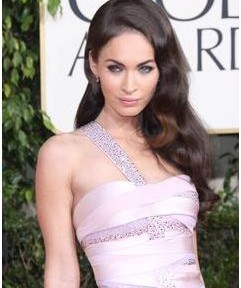 I put together some comparison photos of her at the Golden Globes in 2010 vs. GG in 2011. You tell me if you think it’s botox and weightloss or, if this isn’t Fox at all! Blade Runner eyes?

MEGAN FOX 2010 GOLDEN GLOBES BACK SIDE: