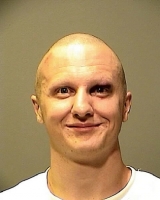 If you missed some of the important post chit-chat that followed the shooting, you must know that political/talk radio was blamed for being one of the reasons Loughner was driven to kill. Rush Limbaugh, a very popular political talk radio host, was accused by AZ Sheriff Clarence Dupnik, of being the reasoning for criminals like Loughner to pop off the handle and kill politicians since ‘all talk radio people do is banter with negativity about the government’.

The funny thing is that Sheriff Dupnik came down on Limbaugh and the talk radio scene without any evidence that Loughner even listened to it, the Sheriff just made a statement out of his ass, and Osler proved him wrong in the Good Morning America interview that aired earlier today.

Osler thinks that Loughner might have been driven to rebel and kill because he was smoking Salvia Divinorum (a psychoactive plant which can induce dissociative effects and is a potent producer of “visions” and other hallucinatory experiences), and he was also a big fan of “Zeitgeist: The Movie”, which is a great revealing documentary about “the origin of Christian faith, how American banks have seized worldpower at the beginning of the 20th century, and how these 2 items are related to the wars fought in the 20th and 21st century”. Zeitgeist: The Movie is more of an enlightening movie than a negative one, but depending on your perception and how your mind is set, you could possibly perceive the movie as actually being negative. You could feel as if you have been ‘set free’ after watching it, or you could feel as if you are trapped more than ever. If you’re curious to what I’m saying, maybe watch it yourself? Don’t hold me accountable for your reaction!

Okay well maybe Salvia Divinorum mixed with Zeitgeist might have driven Loughner off the edge, but when Miley Cyrus smoked it, she laughed her ass off in the video, then the embarrassment drove her into hiding at her Mom’s house for a couple weeks. Drugs work differently for every single person…it’s just common knowledge.