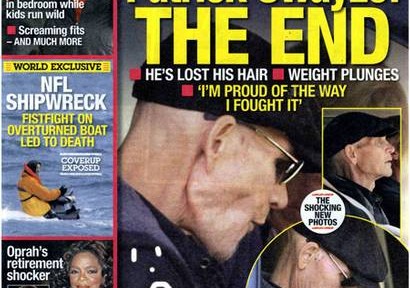 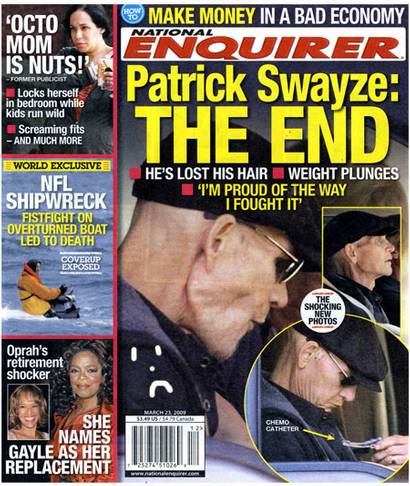 There is a lot of debate right now because Jade Goody who is from a reality Big Brother series in the UK is dying of cancer. She also was the one who made terrible racist comments and really was not a great person despite her recent statements. Now here is Patrick, dying as well by the looks of it and is not getting nearly the press coverage.   You can argue that with me, but it seems to be quite true. I don’t know if either of them really need paparrazi in their face on their death bed anyways…and lets let God deal with their lives and racist comments. Some large stars are getting up and saying how ridiculous they find the Jade Goody three ring circus. I want to see these photos of Patrick so I know what cancer really does to someone, but it’s also borderline REALLY sad and a total invasion of his last remaining days.

Patrick really tried to hang in there..its really amazing how fast cancer can get you.

Also, notice that Oprah supposedly announced that Gayle is her replacement on the magazine cover inlet. YIKES.

Here is a pic of Jade Goody sent home for her remaining days. 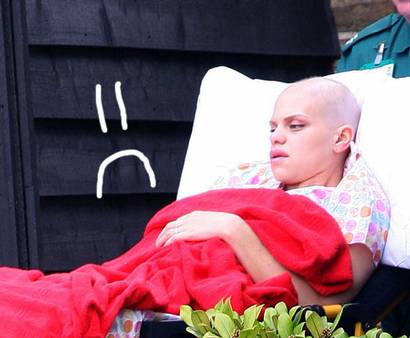