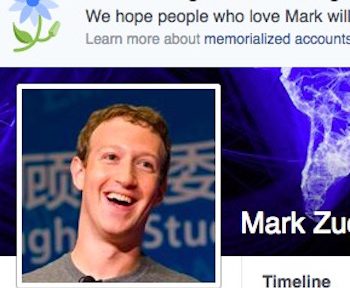 “We hope people who love Mark will find comfort in the things others share to remember and celebrate his life,” the message read. The message included a link to Facebook’s request form for memorializing the account of someone who has passed.

As of around 4:00 p.m. EST users said the false claims of of their deaths were disappearing from their profiles.

FB talking to me like I’m already dead pic.twitter.com/D2YxdPJmRC

in other news, Facebook’s algorithm thinks that i ****died**** based on the messages i’m getting #RIPme pic.twitter.com/IfoCDumNCi