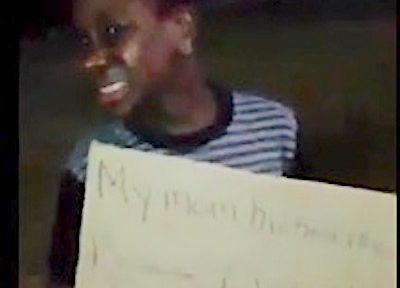 “Since you voted for Donald Trump, you can get your shit and get out,” the mother can be heard telling the distraught boy in the video. In the final insult, the mother forces the young man to hold a sign on the street stating his name and the fact that he supported Trump.