‘A Song For You’ Singer Leon Russell Dead at 74 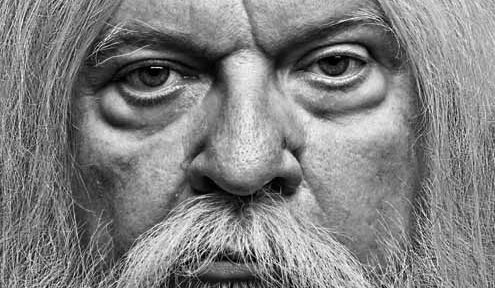 Session musician turned hit maker, Leon Russell has died in Nashville. He was 74. Russell was inducted into both the Rock & Roll Hall Of Fame and the Songwriter’s Hall of Fame in 2011.

According to his wife, Jan Bridges, the ‘A Song For You’ singer passed away in his sleep. Russell suffered a heart attack in July 2016, requiring bypass surgery. Since then, he had postponed shows while convalescing at home. He had hoped to return to the schedule in January 2017 but that was not to be. The Master Of Space And Time was a legendary musician and songwriter originally from Tulsa, Oklahoma who performed his gospel-infused southern boogie piano rock, blues, and country music for over 50 years. Leon led the famous Joe Cocker’s ‘Mad Dogs & Englishmen’ tour and performed with George Harrison and Friends at the Concert For Bangladesh. Leon has also toured with Delaney & Bonnie and Friends, Edgar Winter, The New Grass Revival, Willie Nelson, and Sir Elton John. Leon’s songwriting credits include ‘A Song For You’, ‘Delta Lady’, ‘Hummingbird’, ‘Lady Blue’, ‘Back To The Island’, ‘Tight Rope’, and ‘This Masquerade’. Our thoughts and prayers go out to Russell’s family and friends at this difficult time.