Megyn Kelly: I Was POISONED Before Moderating Republican Debate 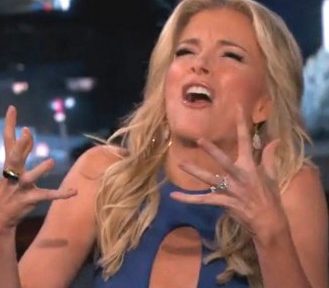 Kelly writes in the book that she got violently ill 15 minutes after drinking a coffee her driver had insisted on getting for her, despite her repeated refusals. Her vomiting then became so bad that a pail was kept under the moderator’s table in case she became suddenly ill during the debate. ‘Ms. Kelly never says outright that someone tried to poison her. (A stomach bug was going around, she notes.) But the episode spooked her enough that she shared it later with Roger Ailes and a lawyer friend of his,’ writes Times book critic Jennifer Senior. She then adds: ‘Foul play? Again: She reports. You decide.’ h/t dailymail After the sickly passage was published online, Kelly took it upon herself to answer that question for readers, writing on Twitter: ‘I believe the reason I got sick the day of the first debate was I contracted a stomach virus, just as [then-Republican presidential hopeful] Rand Paul did.’