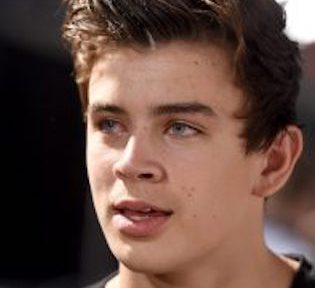 Internet star and the youngest contestant to compete on Dancing With The Stars, Hayes Grier, has been badly injured in a car crash. His brother Nash made the heartbreaking announcement calling for #PrayForHayes.

Hayes, 16, is recovering in the hospital,” said his brother, who is 18 years old. “Damn I hate hearing s**t like that on the phone scared me to death,” he added.He didn’t disclose where the accident took place or where his little bro was hospitalized, but #PrayForHayes quickly rocketed to the top trending topic on Twitter. Fans immediately started sending their well wishes and heartfelt messages for the internet superstar, with everyone hoping to see his uplifting smile again soon.

In a later tweet, Nash shared a text message from a friend who gave an update on Hayes’ condition. It read, “your brother is pretty busted up right now. Luckily not major stuff. All scans came back negative for any internal bleeding. He does have a concussion, fractured top two ribs and bruised lung on one side. He is in a lot of pain.” h/t gossipcop Hayes garnered 14 million followers across Facebook, Vine and Instagram. He’ll soon star in his very own web comedy Top Grier, where he’ll run his family’s 19-acre farm in Mooresville, North Carolina. The 12 episodes of the 30 minute show will be featured on the app Go90. Hayes made his major TV debut on the 21st season of Dancing With The Stars in 2015, where he was the youngest contestant to ever compete on the show. He was partnered with Emma Slater and finished in a respectable eighth place. h/t hollywoodlife