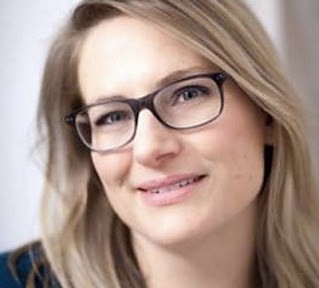 Anne Swaney, a Chicago woman vacationing in Belize was found murdered Friday afternoon. She was staying at the Nabitunich Resort near the town of San Jose Succotz.

Swaney, 39, was an executive producer at ABC7 News In Chicago. She was located face down with her head and neck lacerated in a river near a popular Belize vacation spot. Swaney, who lived in Lincoln Square on Chicago’s North Side, was executive producer at abc7chicago.com, where she had worked for the last 16 years, and her friends and colleagues were stunned and grief-stricken upon learning of her death. “To say that she was a pivot around which we all orbited would be an understatement,” Heather Clark, a friend, told ABC 7 Chicago. Swaney, who traveled often and had visited Belize in the past, was staying at the Nabitunich Resort near the town of San Jose Succotz in western Belize. h/t patch

On Thursday morning, Anne was supposed to go on a group horseback trip through the woods, but there were more riders than horses, so she stayed back. She came down to a wooden deck on the river to do yoga and never returned.

“A horse riding tour returned in the afternoon and found her personal effects on the deck. This looked suspicious so they went to her cabin and she wasn’t there. They told the owner who called the police. The police came with their canine unit and the scent led them along the river but due to the darkness the search was called off for the night before finding her,” Police Supt. Daniel Arzu told the I-Team. Police teams resumed searching Friday morning, when her body was found face down in the river. Police said there were obvious signs someone had killed her.

“Her neck and either side of her head had laceration and that led us to believe it was a case of murder,” Supt. Arzu said. Our thoughts and prayers go out to Sawney’s family and friends at this very difficult time.