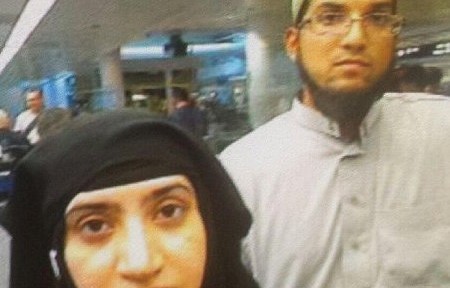 Someone made a $28,500 deposit to the bank account of Syed Farook’s two weeks before he and his wife Tashfeen Malik killed 14 and wounded 21 in the San Bernardino massacre.

Farook earned $53,000 a year in his job with the county as an environmental health inspector. On or about Nov.20, Fox News is told Farook converted $10,000 to cash, and withdrew the money at a Union Bank branch in San Bernardino. Afterwards, in the days before the shooting, there were at least three transfers of $5,000 that appear to be to Farook’s mother. The loan and large cash withdrawal were described to Fox News by the source as “significant evidence of pre-meditation,” and further undercut the premise that an argument at the Christmas party on Dec. 2 led to the shooting. Fox News is also told that investigators are exploring whether the $10,000 cash withdrawal was used to reimburse Enrique Marquez, the man who bought the two semiautomatic rifles used in the San Bernardino shootings. Marquez is now reportedly answering investigators’ questions. “Right now our major concern at the FBI, the ATF, and the JTTF (Joint Terrorism Task Force) is determining how those firearms, the rifles in particular, got from Marquez to Farook and to Malik,” assistant special agent in charge with the Bureau of Alcohol, Tobacco and Firearms, John D’Angelo, told reporters in California Monday. h/t foxnews

The source, who was not authorized to speak on the record about the federal investigation, said there is further evidence of premeditation with a charge for the SUV rental processing on Farook’s account Nov. 30, two days before the shooting.