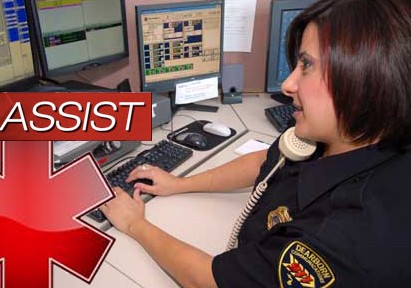 Cathy Bernstein struck another vehicle from behind before fleeing the scene of the accident, and it was her own Ford Focus that called police and even tracked her cell phone.

As EMS attended to the victim, police were dispatched after receiving an automated call from the Ford’s “911 assist” system informing them the driver had left the scene. The feature, which must be enabled manually to operate, syncs to a driver’s cell phone over Bluetooth and notifies law enforcement when an accident is detected. As noted by Ford, information including the drivers exact location is provided to police unless the driver cancels the feature 10 seconds after a suspected accident. According to call recordings, Bernstein repeatedly denied being involved in a car crash after being contacted by 911. “Okay, well your car wouldn’t call us if somebody pulled out in front of you unless there had been an accident…,” the dispatcher said. “Your car called in saying you had been involved in an accident, it doesn’t do that for no reason. Did you leave the scene of an accident?” After locating the damaged vehicle at Bernstein’s home, police were able to discover that the driver had been in two separate accidents, WPBF News said. Upon matching silver paint on the Ford to the second hit-and-run victim’s vehicle, Bernstein was placed under arrested and transported to the St. Lucie County Jail. While some may herald the incident as beneficial, serious privacy questions remain as more and more vehicles are outfitted with surveillance technologies in the name of safety and security. Other systems, including GM’s OnStar, have also been found to be tracking drivers even after they have opted out of the system. h/t infowars

Attempts to opt-out of such features are becoming increasingly difficult as many vehicle manufactures include “black boxes” in all new models.