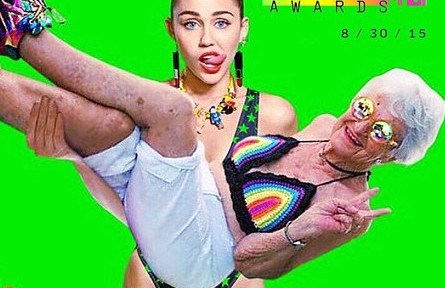 If you’re cord-cutter who is thinking about tuning into the 2015 MTV VMAs, hosted by Miley Cyrus, you’re in luck!

The VMAs begin at 9pm ET on MTV, but if you don’t have cable or, for that matter, a television set, here are your other options. You can the live stream the show right here on thecount.com! The red carpet and pre-show concerts start at 3pm ET. Happy watching!  If you won’t be near a computer to watch the live stream in the web browser, the MTV app for iOS and Android will have the live stream up and running as well.

JUST ANNOUNCED: Following years of releasing groundbreaking music and accompanying videos that have continuously pushed the envelope, Kanye West will receive the Michael Jackson Video Vanguard Award at the 2015 VMAs! For someone who’s created some of the most memorable and spectacular moments in MTV VMAs history, there’s no doubt why Yeezus was selected, and we cant. Freakin’. WAIT!

The VMA Pre-Show is set to get all kinds of turnt when Nick Jonas performs a headlining rendition of his brand-new song, “Levels,” after WALK THE MOON kicks it all off with a highly-anticipated performance of their VMA-nominated smash, “Shut Up and Dance.” Critically acclaimed singer-songwriter and R&B superstar The Weeknd will also make his VMA debut with the first-ever televised performance of his hit single “I Can’t Feel My Face,” along with other performances from Macklemore & Ryan Lewis, Tori Kelly, Demi Lovato, Pharrell, Twenty One Pilots, and A$Ap Rocky! Can you even?!

Feeling creative? Well now’s your chance to make your very own custom VMA art that can potentially be seen by millions, and become a part of MTV’s official VMA promo campaign. NBD, right? LOL JK huge deal. Head on over to the site and get started on creating some cool stuff now!

Although voting for most categories is now closed, you can still cast your vote for Artist To Watch and Song Of Summer, and feel free to check out the rest of the nominees. From Taylor Swift and Beyonce, to Kendrick Lamar and Ed Sheeran, the race for a coveted VMA Moonman has never been fiercer. So who exactly will be leading you through this nonstop music extravaganza? Pop queen Miley Cyrus is hosting the 2015 MTV Video Music Awards!

Miley was just 15 when she attended her first VMAs in 2008. Since then, she’s made headlines at the show time and time again thanks to memorable moments like her epic twerk-filled performance in 2013 and 2014’s gracious Video Of The Year acceptance speech to benefit homeless youth. Make sure you tune in this year to see what she does next!