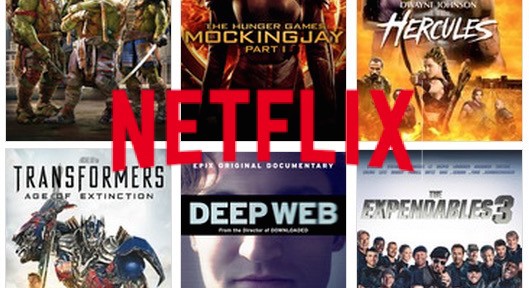 Netflix just announced that they will not be renewing their deal with Epix, which means the streaming service will be losing a huge amount of first run movies, like, Hunger Games, Transformers, Ninja Turtles, The Expendables, The Wolf of Wall Street and tons more.

The folks at Netflix think you’ll be okay with the massive loss of content because, in a nutshell, they’ll have their own in-house produced movies, eventually. Here’s the entire statement. We hear from our members that you wish we had newer movies. So do we. Studio licensing practices means it often takes more than a year before consumers can watch a theatrically released movie when and how they want. Just like we’ve changed the game for TV watchers by releasing entire seasons around the world at the same time, we have begun making movies that will premiere on Netflix globally and in some cases, simultaneously in theaters.

It will take us time to build a robust slate of original movies, but we’re hard at work on it with such great stars and directors as Brad Pitt, Ricky Gervais, Judd Apatow, Angelina Jolie, Sofia Coppola and Adam Sandler.

Meanwhile, we have decided not to renew our agreement in the US with Epix, the cable network, which means that some high profile movies including Hunger Games: Catching Fire, World War Z and Transformers: Age of Extinction, will expire at the end of September in the US. If you want to see them on Netflix US, now is the time.

While many of these movies are popular, they are also widely available on cable and other subscription platforms at the same time as they are on Netflix and subject to the same drawn out licensing periods. Through our original films and some innovative licensing arrangements with the movie studios, we are aiming to build a better movie experience for you. Here’s what’s coming in the next few months:

We also have some great family films coming your way, including Minions, Hotel Transylvania 2, and Home through arrangements with Sony Pictures Animation, Universal Pictures and DreamWorks Animation. Starting next year, we will be the exclusive US pay TV home of the latest theatrical movies from the The Walt Disney Company, including Pixar, Lucasfilm and Marvel movies. The majority of these films will arrive on Netflix faster than traditional arrangements had previously allowed.

We know some of you will be disappointed by the expiration of the Epix movies. Our goal is to provide great movies and TV series for all tastes, that are only available on Netflix. We’re confident you’ll enjoy our ever-improving catalogue.

For those of you who love action thrillers, be sure to watch Narcos, our new, critically acclaimed series on the birth of the cocaine trade and the rise of Pablo Escobar and for those of you who love Keith Richards (who doesn’t?), we think you’ll enjoy the Netflix Original documentary Keith Richards: Under the Influence from Oscar-winning filmmaker Morgan Neville arriving on September 18.