Floyd Mayweather Is Up To His Old Tricks, Bashing Women 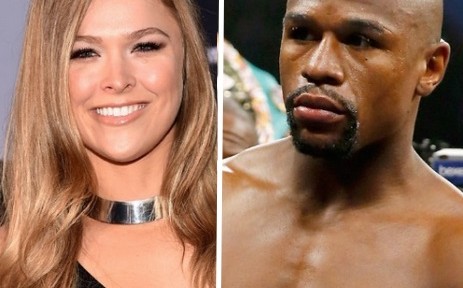 Floyd Mayweather is back up to his old tricks again, beating up on women, but this time the woman in question, may just fight back, and kick his ass in the process.

Mayweather, known as one of the most figures in sports history, is picking a fight with a woman, that woman is UFC phenom, Ronda Rousey. Last night, on Sportscenter, Floyd took the opportunity to congratulate Rousey, but couldn’t help but slide in an underhanded response to her ESPYs comment. “I’ve yet to see any MMA fighter, or other boxer, make over $300 million in 36 minutes. When she can do that, then call me.” h/t thesource

Rousey, an adamant supporter of women’s issues, recently took a shot at Mayweather while walking the ESPY red carpet, hinting at the fact that he wouldn’t like losing an award to a woman (herself).