Ronda Rousey Shows Off Her COCONUTS On Rio Beach 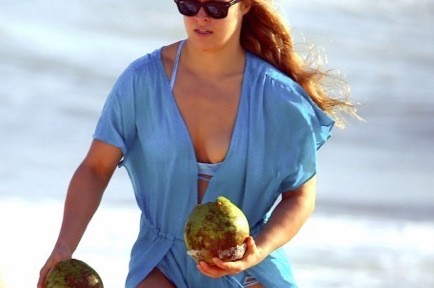 What? Were we lying? Ronda Rousey’s rock solid body took a softer approach this week when she donned a bikini on the beach in Rio. Rousey has been living it up in the days following her latest victory, a thorough walloping of her Brazilian opponent, Bethe Correia. PHOTOS VIA TMZ