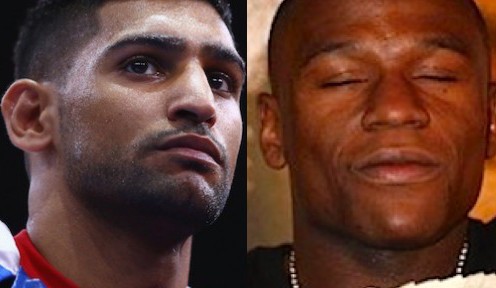 According to Los Angeles Times boxing correspondent Lance Pugmire, Khan simply talked too much, taking every possible opportunity to blast Mayweather and plead for the fight.

“Khan was removed from consideration,” Pugmire wrote, citing an unnamed boxing official, “because he kept publicly criticizing Mayweather after being told to keep his opinions quiet.”

All indications continue to point toward former welterweight champ Andre Berto, 31, as Floyd’s next fight.

If Pugmire’s report is accurate, this would be the second time Mayweather has snubbed slash ducked Khan. h/t inquisitr