So What’s Floyd Mayweather’s Net Worth?

Wondering exactly how much Floyd Mayweather‘s is worth?

Mayweather is one of the best American boxers out there so you’d expect him to have amassed a mint, and you wouldn’t be wrong.. 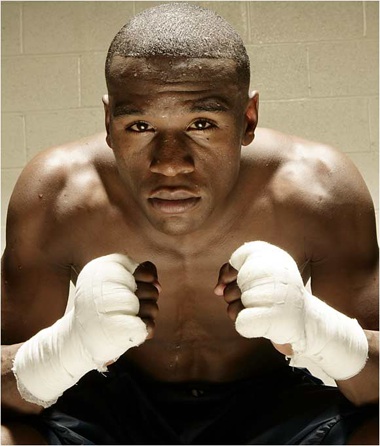 Floyd Mayweather was born on February 24, 1977 in Grand Rapids, Michigan. During his career, Floyd has won an unprecedented six boxing championships in five different weight classes: Super Featherweight, Lightweight, Junior Welterweight, Welterweight twice and Super Welterweight. His professional boxing record as of this writing is an astonishing 45 wins and 0 losses. Of the 45 wins, 28 were knock outs 12 were decisions. He is easily one of the highest paid athletes in the world, if not THE highest paid. Despite having very few endorsement deals, Floyd has been known to earn as much as $80 million a year when he is fighting. h/t celebritynetworth

The champ has a staggering net worth of $295 million.