Bullied Schoolgirl Escorted To The Dance By THIS GROUP Of GUYS 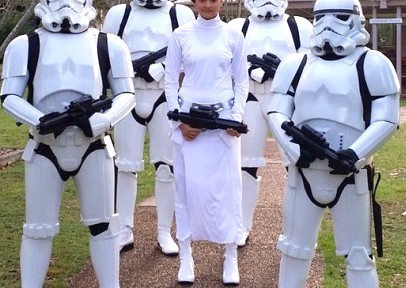 Kate was endlessly being bullied by her schoolmates for being ‘taller’ than other kids her age, and that prompted her to tell her mom that she wanted to pass on going to her holiday formal, but mom had a better idea, she contacted the 501st Southern Cross Garrison.

So who exactly is the 501st Southern Cross Garrison? They’re a group of badass, do gooders who go around performing dressed as stormtroopers. 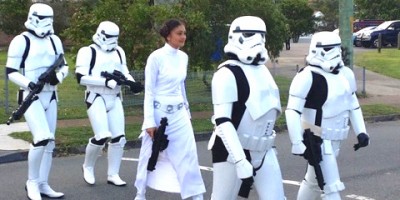 The intimidating team suited up and escorted Kate to her party. Kate, 12, dressed the part too, showing up in a Princess Leia outfit. h/t cosmopolitan

Kate had such a great time that she went with the troopers to a nearby children’s hospital the next day, cheering sick kids up by telling them, “You’re my only hope.” Way to pay it forward Kate!