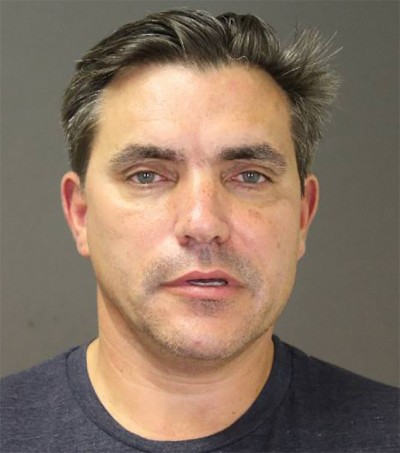 Multiple reports say the author and television star posted $1,500 bail and was later released. In his mug-shot, English stays away from any smirks or smiles as he wears a simple blue T-shirt. English is well-regarded in the culinary community. In 1989, the chef opened his first restaurant, Olives, in Massachusetts that quickly led to locations in New York and Las Vegas. The restaurateur is also a four-time James Beard Award winner, an honor presented to those who excel in cuisine, culinary writing and culinary education. source

He also received an Emmy nomination for his PBS travel series, Food Trip with Todd English.