Elliot Rodger, the mass murderer who killed 6 people in the close knit community of Isla Vista Friday has garnered a following.. And not exactly what you’d call a group of haters. Quite the opposite.

While rants by rejected degenerate Elliot Rodger were aimed at the fairer sex, over which he held a psychotic obsession, he allegedly couldn’t figure out a way to approach them with any degree of success.

However, following his death, and the subsequent plastering of his photos across the web, it seems the girl-hating 22-year-old virgin now has what he always wanted in life: adoration, and some of it is coming from dudes as well. source 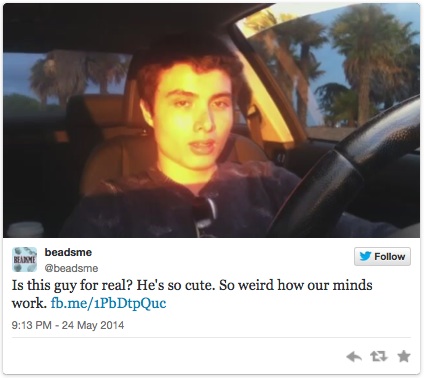