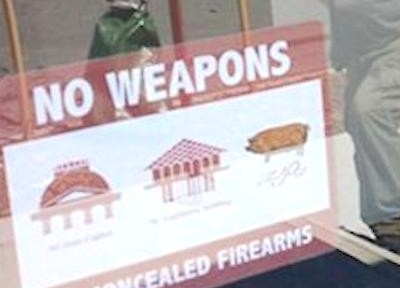 Who would have thunk it? Criminals are now seeking out and robbing establishments that post signs informing law abiding citizens (and crooks) “No Guns Allowed.” 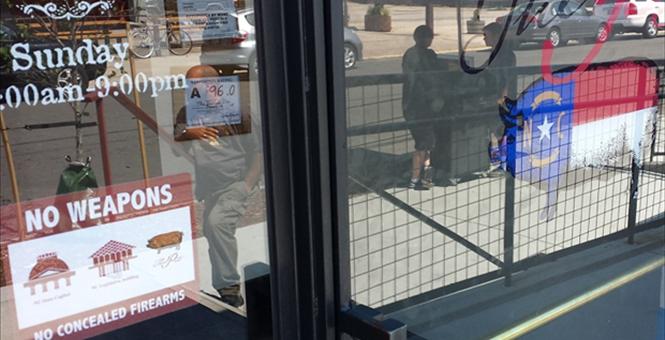 Case in point, on Monday, May 19th, restaurant owners of “The Pit” in North Carolina, learned just how powerless their signage was at deterring criminals.

Surveillance footage shows three armed men coming in the backdoor, assaulting two of the employees and forcing them to the floor. Fortunately for the employees, no one was seriously injured. source

Could it be that when you disarm patrons, you’re just making it that much easier for criminals to find helpless victims? Duh?