Student SUSPENDED Turned Over To Cops Over Playing HANGMAN

Hangman, the child’s scribble game, used to be a harmless spelling stickman, no more, now it can get you tossed out of school and interviewed by cops.. 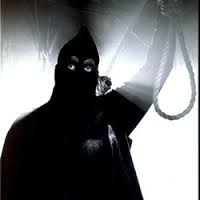 The popular doodling game now presents a new danger — in our public schools. At at least for one junior high schooler..

The school suspended a 13-year-old student and turned him over to police because of a “doodle” he drew showing a person being hanged, his father claims in court.

Keller, suing for himself and his son, B.R.K., claims that on May 2, 2013, his 13-year-old son “was interviewed at his school, Raleigh Hills, K-8, by officers of the Beaverton Police Department regarding an alleged threat of harm based on a doodle that was drawn during class.” source